Women’s sport in Iran has long been a sensitive issue and history suggests that talented female athletes have, at times, found its pursuit challenging, although one individual currently flourishing is Meshkatolzahra Safi.

The 17-year-old is ranked No. 87 in the girls’ rankings following a highly productive 2021 during which she claimed 10 junior titles across both singles and doubles.

This silverware-laden season was an important step in Safi’s career, and it also contributed to her name being etched in the tennis record books when the rankings were updated on 3 January.

Safi is the first player from Iran to be ranked within the top 100 of the junior world rankings and, while her appetite and desire means her ambition stretches way beyond such a statistic, it is certainly a milestone worth marking.

“Although this is not my ultimate goal, it gives me a great feeling to be a motivation for other Iranian junior players and to encourage them,” Safi told itftennis.com.

“Over the past years, perhaps the belief of the Iranian players has been that it is difficult to achieve something at international level. I hope that my improvements will encourage players and coaches to double their efforts.

“For me, I compare my ranking with the standards of international players and try to be much better than I am now.”

Beginning her tennis journey in Karaj, an industrial city close to Tehran and the capital of the Alborz Province, Safi claimed her first national titles aged 10 before competing at successive ITF Asia Development Championships.

Citing such competitions as pivotal in her on-court evolution and vital in terms of being a portal to junior tennis throughout Asia, she continued to progress and sealed her maiden ITF junior titles in 2019.

This preceded a stunning 2021 campaign and something of a breakthrough year as Safi topped the podium on six occasions in singles events, including a career-best victory at J2 Shymkent in October.

Her achievements are mounting and Safi is a determined individual, eager to forge a sporting career within a country not known for its tennis prowess. The backdrop is not an easy one, but Safi appears strong-willed and tenacious.

“To tell you the truth, it has been a tough journey so far,” she said.

“At the beginning, I felt it was very difficult and the experience of other preceding players was showing there was little hope for big tennis achievement, especially with limited resources and support. But I have big motivation.

“It is not easy to improve as a female player in Iran, especially when some people might tell you that there is no future in tennis, compared to other sports in Iran with big achievements. It is promising for me to have people around me to encourage me.”

Another significant staging post comes later this month when Safi enters qualifying for the Australian Open Junior Championships – her maiden Grand Slam experience – and bids for a place in the main draw. Her rhetoric suggests she will be far from overawed.

“I’ve played many tournaments since I started my tennis career and have never been afraid of the challenges,” she added. “All the tournaments are wonderful, especially the Grand Slams, and I’m sure playing in the qualifying round will be exciting for me.”

Safi is certainly making a name for herself and someone perfectly aware of the talent and potential she possesses is Amir Borghei, who has been the ITF’s Development Officer for West & Central Asia since January 2014.

“I know her as a serious and hard-working player,” Borghei told itftennis.com. “Setting big and challenging goals is vital for a professional athlete and I know that Meshkat has big goals in mind.

“She is thinking not only to participate but to win a Grand Slam in the future. The first appearance at the Australian Open will give her the chance to compare herself with the level of players around the world. I’m sure she will become a great player for Asia in the near future.”

There are also wider implications to Safi’s rise, whether for Iran or the West Asian region generally. Borghei believes her march up the rankings and her flying of the Iranian flag with distinction can broaden the appeal of tennis as an inclusive sport at all levels.

“Iran is strong in many sports, such as wrestling, volleyball and football, but having a top junior tennis player will attract the attention of the public as well as national sports bodies to hopefully support performance tennis,” added Borghei.

“At participation level, tennis is becoming very popular around the country. The Iran Tennis Federation has been hosting different ITF and ATF junior events over the last decade.

“Many qualified coaches are active in different provinces and a big number of Iranian coaches participate at every ITF World Coaches Conference. Iranian officials are also well-known worldwide.

“I see having a girl at Grand Slam level as a big success for the West Asia region. It can motivate other junior players, especially girls. It conveys a message to them that working hard and having a strong will pays off.” 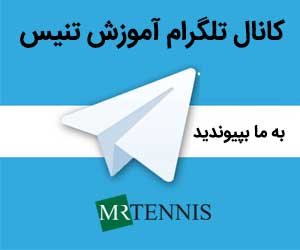 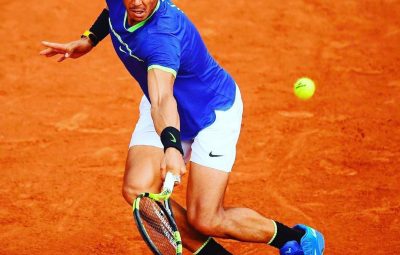